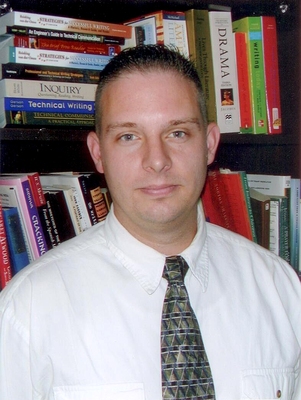 Jason Markle is a product of Northern Michigan University having received all three of his degrees from this institution. He holds a B.S. in History (2001) with a focus on Classical Antiquity, an M.A. in English Writing (2003), and an M.F.A. in Creative Writing (2007) with a dual focus in Fiction and Nonfiction. Jason has been teaching at NMU as a Teaching Assistant and then as an Adjunct since the fall of 2001. His work has appeared in the North Atlantic Review. Currently, he is composing and organizing a book of short stories drawn from his M.F.A. thesis titled, Stolen, which was inspired by his experiences as an Army paratrooper.