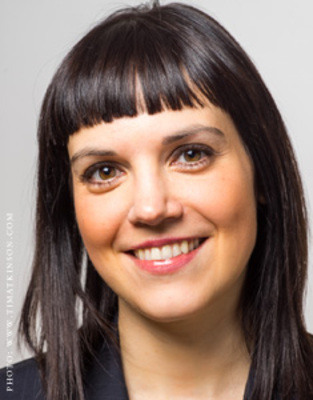 Caroline Z. Krzakowski’s research and teaching focus on 20th and 21st century British literature and culture. She received her Ph.D. from McGill University, her M.A. from Queen’s University, and her B.A. from Concordia University. Before joining the faculty at Northern Michigan University, she was a Lecturer in the Expository Writing Program at New York University.

Her first book, The Work of Diplomacy in British Fiction and Film 1935-1970, forthcoming with Northwestern University Press, examines representations of international relations in fiction and non-fiction by Rebecca West, Lawrence Durrell, Olivia Manning, and John le Carré, and in the films of Alfred Hitchcock that respond to the political instability of the post-war period. The project shows how matters of international relations—refugee crises, tribunals, espionage, and diplomatic practice—have influenced the thematic and formal concerns of twentieth-century cultural production. Grounded in research in the archives of the British Foreign Office and in authors’ archives, the project demonstrates how diplomatic papers and protocols offer a new way to trace the continuities between geopolitics and writers’ production.