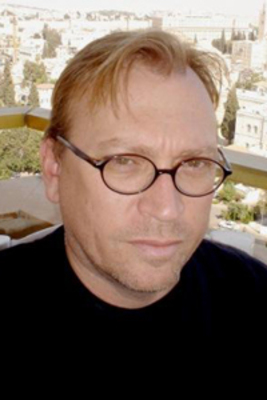 Gabriel Brahm received his PhD and MA degrees in Literature and Cultural Studies from the University of California—Santa Cruz, and his BA in English from UCLA. He has been a research fellow in Israel Studies at Brandeis University, and holds a teaching certificate in Composition and Rhetoric from San Francisco State University. Before joining the faculty at Northern, he taught as Visiting Assistant Professor of American Studies at UC Santa Cruz; Professor of Cultures, Civilizations and Ideas at Bilkent University in Ankara, Turkey; and Visiting Professor of American Culture at University of the Andes in Bogota, Colombia. His published work on literature and politics has appeared in Canadian Review of Comparative Literature, Critical Studies in Media Communication, Democratiya, Nineteenth-Century Literature, Poetics Today, Rethinking History, and elsewhere. He is co-editor of the cultural studies anthology, Prosthetic Territories: Politics and Hypertechnologies (Westview Press), and serves as Associate Editor for the journal, Politics & Culture. His co-authored book (with Forrest Robinson and Catherine Carlstroem), The Jester and the Sages: Mark Twain in Conversation with Nietzsche, Freud and Marx, was published by the University of Missouri Press in 2011.